Issues with our Briefs of Argued Cases pages have been resolved. Thank you for your patience.

The California Supreme Court has named members to its Committee on Judicial Ethics Opinions and to the State Bar of California’s Committee of Bar Examiners.

The court reappointed two current members and appointed one new member to the Supreme Court Committee on Judicial Ethics Opinions (CJEO), an independent committee that helps inform the judiciary and the public on judicial ethics topics.

The Supreme Court of California also made two appointments to the State Bar of California’s Committee of Bar Examiners.

The committee’s roles include development and administration of the California Bar Exam and oversight of the moral character determination and admissions processes for attorneys. The committee also accredits state law schools and registers unaccredited state law schools.

In 2018, California Rule of Court rule 9.4 shifted the power to appoint committee members from the State Bar Board of Trustees to the California Supreme Court. 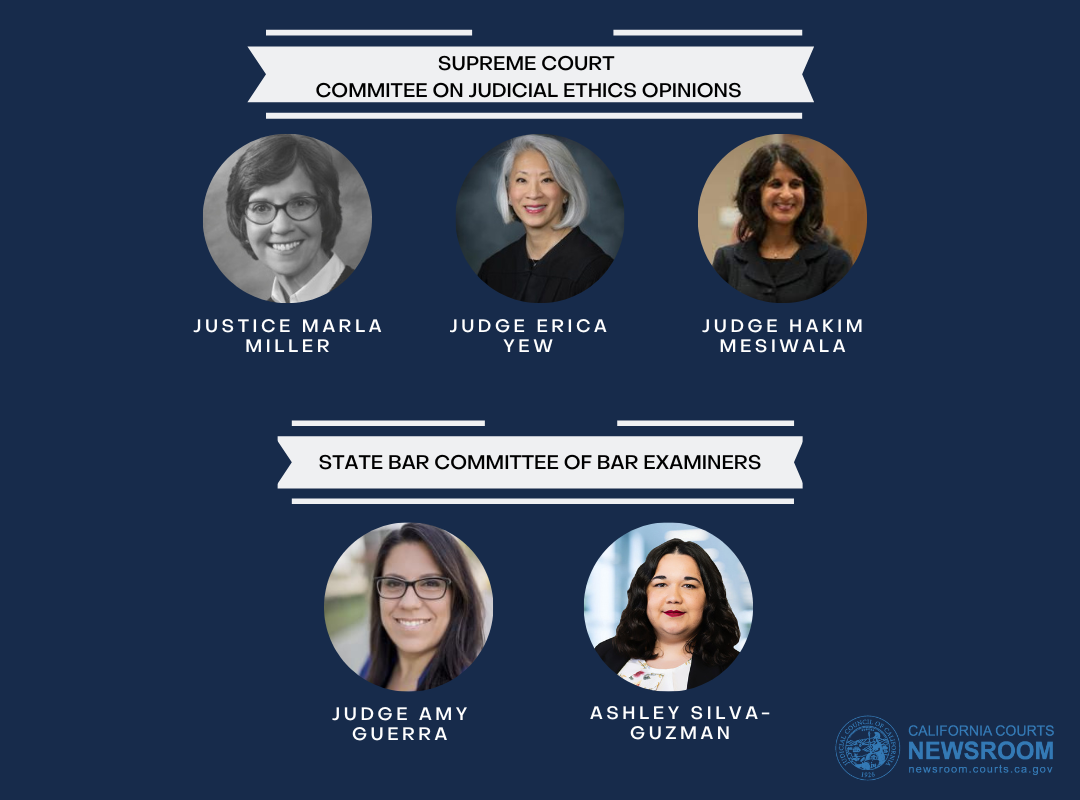