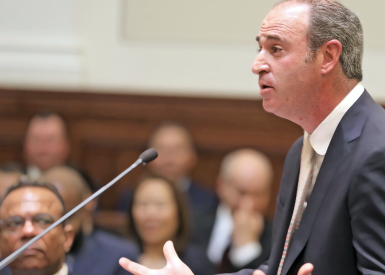 Justice Groban began serving on the California Supreme Court in January 2019. Previously he was the Senior Advisor to Governor Jerry Brown and advised the governor on judicial appointments, legal policy and legislative issues.

Justice Groban advised the governor on the appointment of over 600 judges, or roughly one out of every three judges in the state. He received numerous awards from bar groups and other legal organizations for his work on judicial appointments. He also served on a local school board, participated in mentor programs for college and law students, and frequently lectured on judicial appointments. Justice Groban has also taught State Appellate Practice at the UCLA School of Law.

Justice Groban had previously been in private practice, where he specialized in complex civil litigation, with a focus on antitrust, internal investigations, and intellectual property.