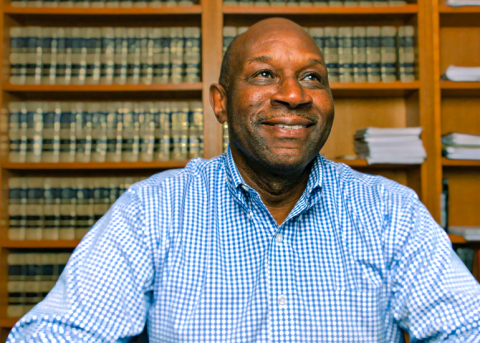 Justice Jenkins’ judicial experience includes service as a federal district judge for the Northern District of California; he was appointed by President William Clinton in May 1997 and confirmed by the United States Senate in November 1997. Earlier, he served as a trial judge on the Oakland Municipal and Alameda County Superior Courts.

After graduating from Santa Clara University and before entering the University of San Francisco (USF) School of Law, Justice Jenkins was briefly employed as a player by the NFL’s Seattle Seahawks. He obtained his law degree from USF in May 1980, when he received the Judge Harold J. Haley Award for “exceptional distinction in scholarship, character, and activities.” After graduation, Justice Jenkins worked as a prosecutor for the Alameda County District Attorney’s Office. He subsequently served as a trial attorney for the United States Department of Justice, Civil Rights Division-Criminal Section in Washington D.C., and later was an attorney in Pacific Bell’s Legal Department where he handled a wide variety of litigation matters.

Justice Jenkins has been the recipient of numerous awards, including The St. Thomas More Award, presented annually by the St. Thomas More Society of San Francisco, “In Recognition of His Distinguished Record of Service and Dedication to His Church, His Community, and His Family,” and the 2009 Children’s Advocacy Award, presented by Legal Services for Children, San Francisco, for “Outstanding leadership in public policy that protects children and youth from abuse and exploitation.” In 2018, the USF Board of Trustees conferred upon Justice Jenkins an honorary degree, “The Degree of Doctor of Humane Letters Honoris Causa.”