Issues with our Briefs of Argued Cases pages have been resolved. Thank you for your patience.

The California Supreme Court Committee on Judicial Ethics Opinions (CJEO) has issued advice to judges who receive requests to provide declarations in a habeas corpus action on behalf a criminal defendant they represented before taking the bench.

In CJEO Expedited Opinion 2022-049, the committee concludes a judge may not provide a declaration without first being subpoenaed, if the declaration will contain any testimony about the defendant’s character. The Code of Judicial Ethics (code) specifically prohibits judges from providing character testimony except in response to a subpoena. In addition, providing the declaration without a subpoena may exhibit favoritism or impermissibly lend judicial prestige to advance the criminal defendant’s personal interests. 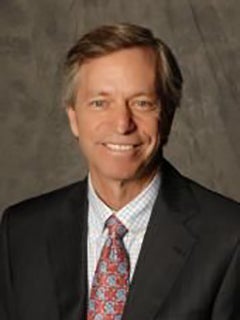 “Even when the Code of Judicial Ethics does not expressly require it, it is good practice for judges to require a subpoena before providing declarations for prior clients in criminal actions. Requiring a subpoena helps preserve public confidence in a fair and impartial judiciary," said committee vice-chair Justice Douglas Miller.

About the Committee on Judicial Ethics Opinions (CJEO)The Committee on Judicial Ethics Opinions is a 12-member advisory committee that includes appellate justices, trial court judges, a retired judge, and a commissioner. The committee is appointed and authorized by the California Supreme Court, but its work is independent of the court, the Judicial Council, and all other entities. Its opinions are advisory and do not necessarily reflect the views of the California Supreme Court or any other entity.

The committee issues formal, informal, and expedited advisory opinions on proper judicial conduct pursuant to the California Code of Judicial Ethics and other authorities. CJEO recently updated its website where it posts its advisory opinions, offers resources dedicated to specific judicial assignments and issues, and provides extensive judicial ethics tools and resource materials for the benefit of the bench and the public.